Hueyda El Saied is an well-known artist painter with a background in arts, television, journalism and law.

Painter, writer, tv presenter, professional dancer, human rights jurist and AML KYC expert she was born in Tirana, the capital of Albania, and is a mixture of Sudanese and Albanian blood. She is a polyglot possessing perfectly four languages like : English, French, Italian and Albanian.

Hueyda El Saied is known for her talent in combining a unique hyper-realistic mixing body and trees or the 3D big hearts and giving always social messages. She began painting in the 1990’s, her work caught the eye of agents, and paintings lovers, but at moment Hueyda had other ambitions as :

She graduated from the ”Jordan Misja” art high school and got a degree of law from the “University of Tirana”.

Subsequently, she brilliantly succeeded in getting a Masters degree in “International Cooperation, Human Rights and European Policy” at the “Roma Tre University” in Italy.

During her professional career she has had the privilege to work in different fields and areas jumping from painting to ballet, from television to theater, from journalism to human rights and lately as AML KYC expert.

We can briefly summarize some of the most important moments in her long career :

On June 2015 with CRCA she organized for Alo 116 - Albanian National Child Helpline, the first charity auction of paintings, and also offered a painting for the charity auction for association Zak/Zesummen Aktiv in Luxembourg.

Hueyda is best known for paintings in which she mixes different materials inspired by the cosmos and the galaxy. She is and also known for her unique and expressive figurative paintings mixing bodies and trees.The New York magazine of art "Hoc Tok” called her “The Human - Tree Painter”.

She won the first prize in the dance competition TV show called : “Twelve Dances Without a Saturday”.

She was a news presenter in “Ora News Radio Television” and also hosted various TV shows in different televisions, such as:

In 1994 she left Albania and settled in France, where she continued her dancing career by taking part as dancer and choreographer on France 2, TF1, and M6 televisions channels.

She led choreographies for the “Qui est qui” tv show on France 2 Television.

She performed as a dancer in Italy, on a daily show called “In Bocca Al Lupo”, broadcasted by Rai Uno Television.

She played for the National Theater of Kosovo in the adaptation of “Waiting for Godo” by Samuel Becket.

She has worked as a model and acted in a number of TV commercials in France, Cameroon, Belgium, and Portugal (La Fnac, Nescafé, L’Oréal …).  She was the image of “RATP SNCF” in France where her photos were displayed in all the metros of Paris, but also of the “Exploradrôme” Museum of Paris and  “Antalya Travel &Tours” in Albania.

She had her first role in a feature movie and played Sarah Baker in “The Dancer”, produced by Luc Besson and later she played in the French TV series “Femme de loi”.

Hueyda was invited by the French Embassy in Albania to perform a song recital during the “Francophone week” at the Opera theatre of Tirana.

Hueyda also participated in the activities of the International Organization for Migration (IOM) against human trafficking, composed a song for the occasion titled “Don’t be blind”, which was awarded Best Video Clip in the national video clip competition show called “The Nights of Albanian Video Clips”.

She has written many articles on social matters which were published in various daily newspapers, such as: “Shqip”, “Panorama” and “Tirana Observer”.

Actually she is based in Luxembourg where she is currently painting every day, her paintings are in private collections : Paris, Stockholm, New York, Luanda, Zurich, Luxembourg, Tirana, Dubai... 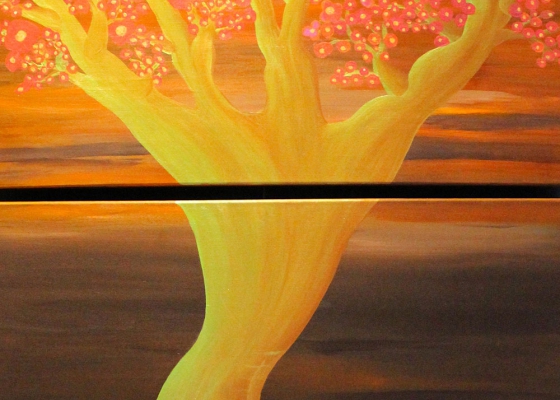 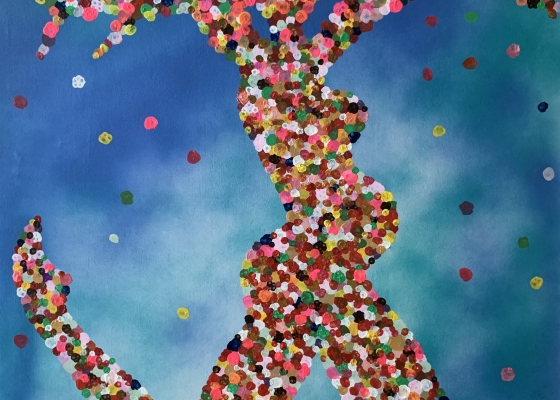 We are the world, we are th 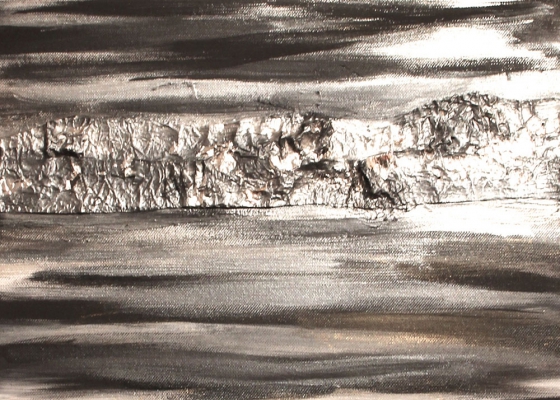 This wonderful galaxy is yo 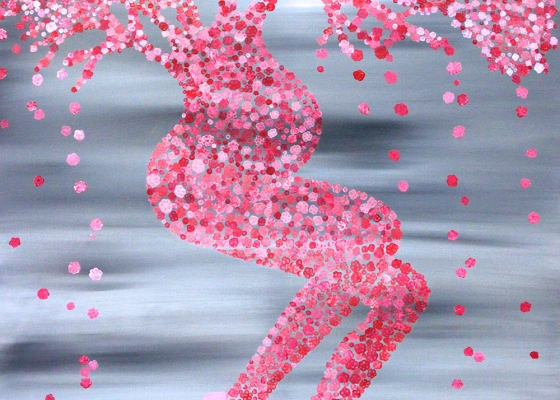 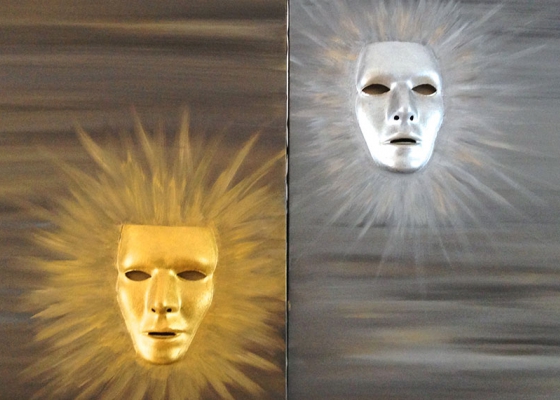 Live by  the sun love by th 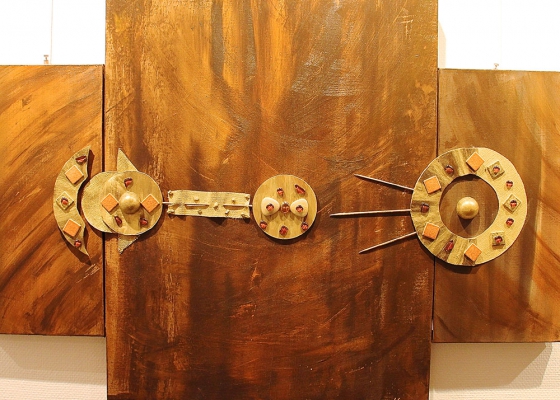 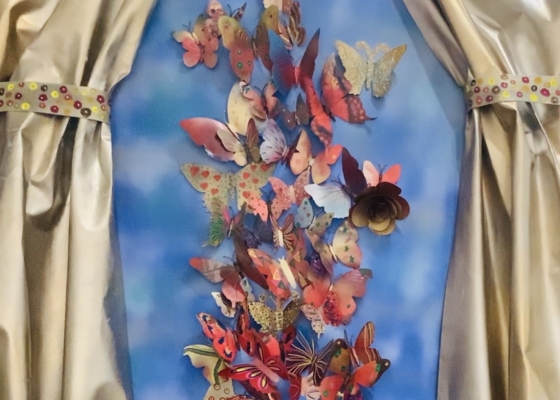 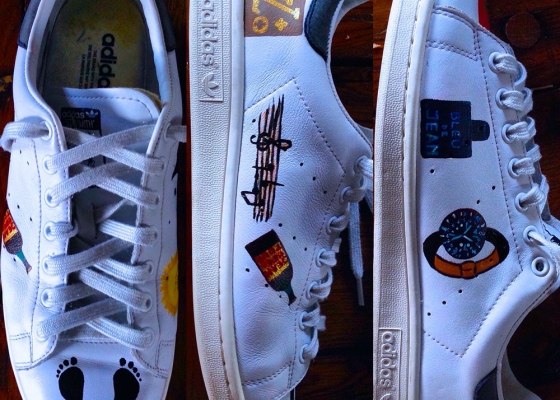 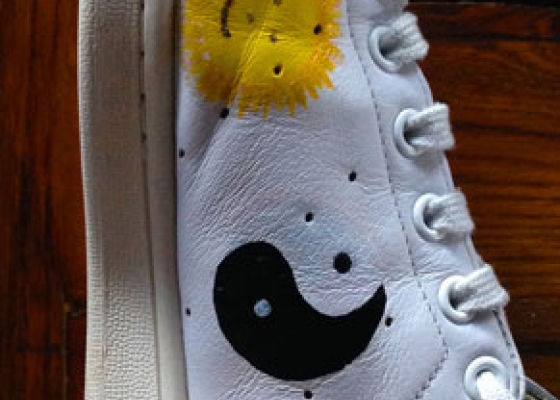 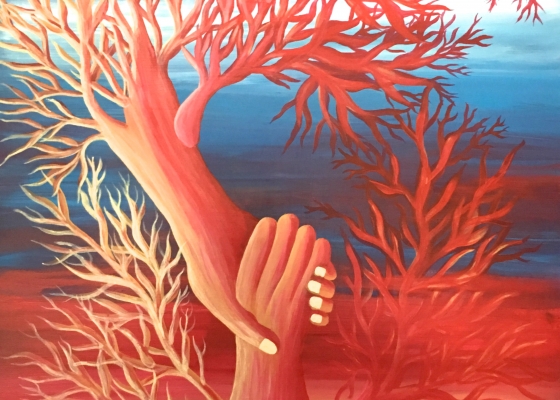 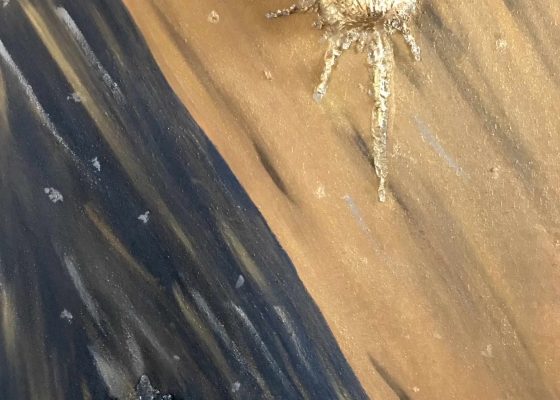 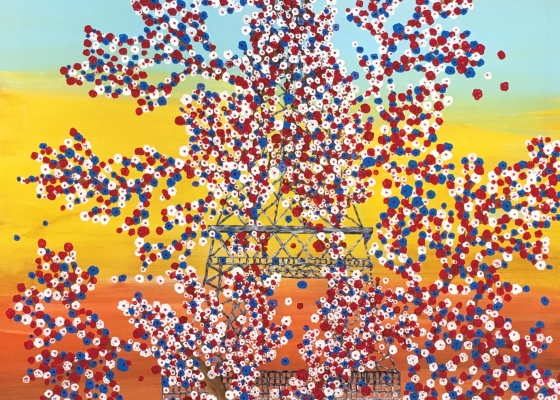 She was born in Tirana, the capital of Albania, and is a mixture of Sudanese and Albanian blood. She is a polyglot possessing perfectly four languages like English, French, Italian and Albanian.

She graduated from the ”Jordan Misja” art high school and got a degree of law from the “University of Tirana”.  Read More...

Make sure you son't miss latest news and get notices about my new work, stay tuned!